Persephone - Chapter Seven (Part A) - The Routine of It All 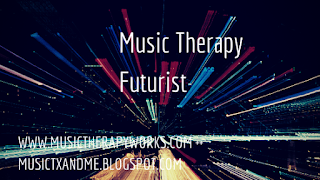 I have this idea that we are at a crossroads in the profession of music therapy. I've been feeling this way for some time now and have watched as the association has struggled to find leadership, find members, and find a common direction. My feelings are not based on anything other than the thoughts that I get at times and the luxury of being someone who is not part of the association (other than membership) watching the entire picture from the far outside.

I think this is part of my current interest in writing futuristic fiction about music therapy. I am thinking about "what ifs" and am making them into some sort of structure - one thing I like is structure. My heroine, Persephone, is just starting her music therapy educational coursework. She has a degree in Music Psychology and has been accepted to one of the four international music therapy education programs in the world. She has come to music therapy how many of us seem to come to the profession - a family member who participates and an interest in making music for herself. She lives in a post-Master's Level Entry debate world - in this time, all music therapy study is Master's Level (revealing my own bias and tainting this for some!). She is trying to navigate her new culture. She is accustomed to remote/distance learning as that is the format of most education in her time. She now has a cohort of 4,000 fellow students and interacts with some of them in a live format rather than the screen format that she is used to. She will be spending time in her comfortable distance learning format, but most of music therapy has to be live (another bias of mine), so she will become more used to working with people directly. She is starting with a course that I would like to teach and take - The Continuum of Music and Humanity. When I thought up this course title, I thought about learning about how music and humans have interacted through the ages. I can see most of the information being based in anthropology and sociology with some forays into psychology and neuroscience. I also see this as being a course where you would learn more about your own musical practices as musician, as therapist, and as human being. I am looking forward to seeing what emerges as Persephone moves from her first day at her program into routine and immersion in learning about music therapy.

I want to find a picture of Persephone to use as my blog visual for this series. I also need a title for this story...until that happens, here is Chapter Seven: The Routine of It All.

The music started playing at a quiet volume, but Persephone heard it. It was 5:45 am and time to start getting ready for her day. She woke earlier than any of the people she had met in her cohort, but she also enjoyed the quiet of the early morning and getting to the cafeteria before the crush of students descended upon the cereal dispensers. Getting up early was not really a sacrifice when it came to getting some alone time.

The song was July Tree by Nina Simone. Every night, before going to sleep, Persephone set her music system to randomly select a song from her favorites playlist as her wake up prompt. She enjoyed hearing familiar music and had cultivated her list until it included a mere thousand songs that were her "favorites."  She loved the randomness of the selections. Today is was a bit of Nina, tomorrow might be a karaoke version of Dream On by Aerosmith. You never knew what would start the day. All Persephone knew was that she would start her day with music, and that usually set the day off right.

The routine of waking up, completing her daily hygiene, and then reviewing her schedule had become very familiar in the past month. Today was Wednesday, so it meant Continuum. There would be a lecture followed by double lab and then finished with small groups. After Continuum was finished, Persephone would go to Clinical Musicianship and lead a percussion improvisation with her classmates. The day would finish with homework and practice for Thursday's classes.

Persephone double checked her class materials, reviewed the list of things that she had to finish for the week, and checked the class portal for any new discussion topics. Dr. Licar often posted lecture outlines and resources for her students the night before the lecture, and Persephone had found that having those files in her notes before the lectures started helped her stay organized.

Information downloaded into her device, Persephone left her room for the morning and went down to the cafeteria for breakfast.

She was staring to get used to being around so many people all the time. This was really the first time that she had studied in a more traditional educational system. Her family had always been involved in home-based schooling, so being in lectures and cafeterias with so many people took some getting used to. She had started to get used to the small talk that her cohort seemed to enjoy. She was even starting to engage in some of that review of material and the social interactions happening around her. Persephone still preferred sitting quietly before classes started, but she was no longer as surprised as she was on the first day when someone would tap her on the shoulder and ask her a question.

It's me, MJ, again. I'm not sure what comes next, but I am finished for the day, so it is time to finish this post and move into my day. What else should I write about? Any ideas?? Comments welcome!
fanciful thinking fun music therapy music therapy futurist Persephone 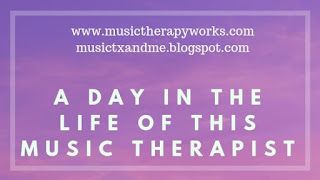 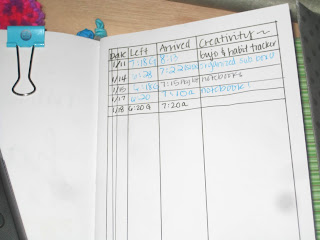 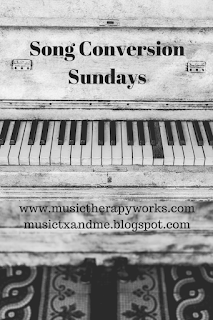